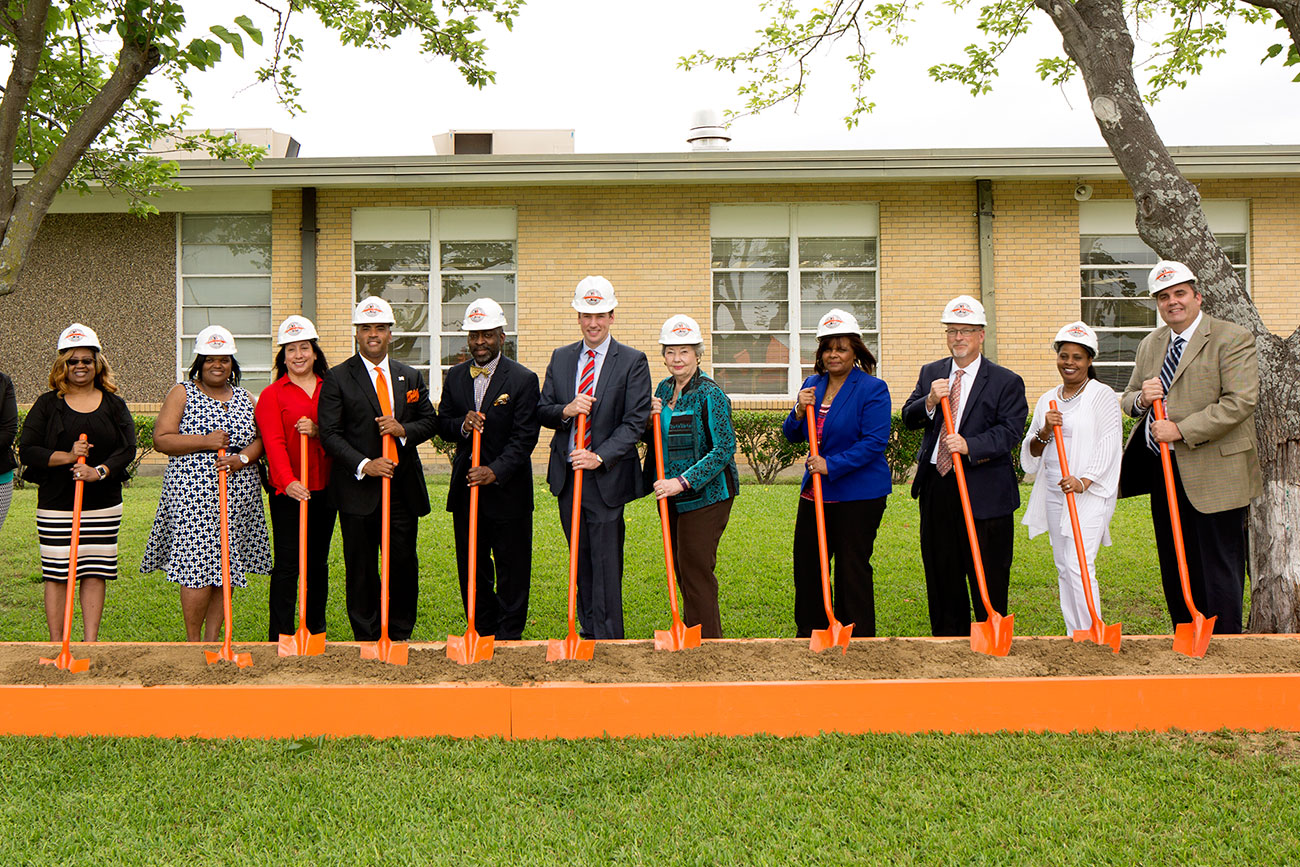 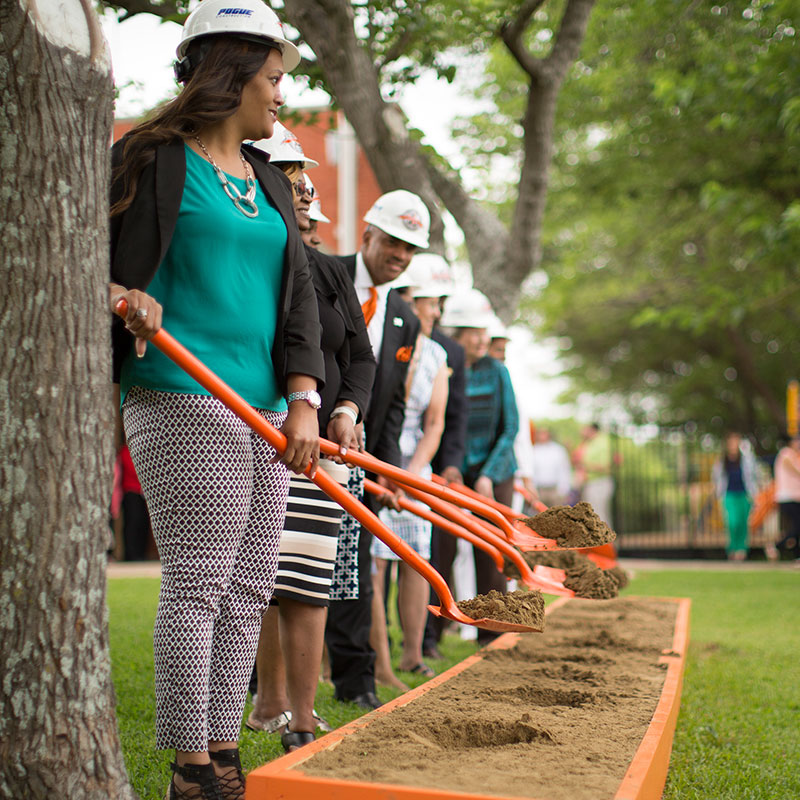 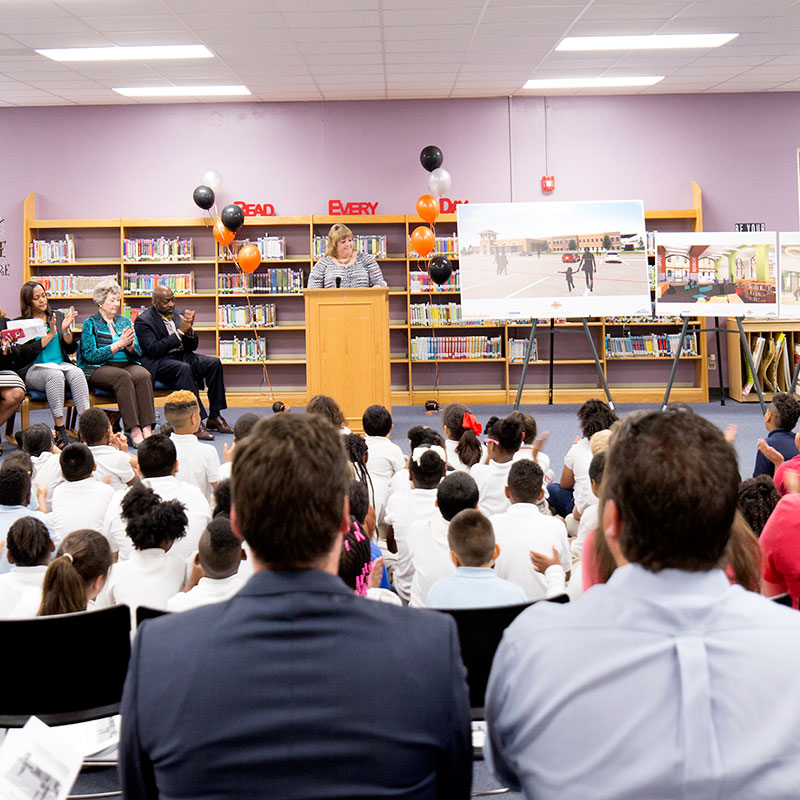 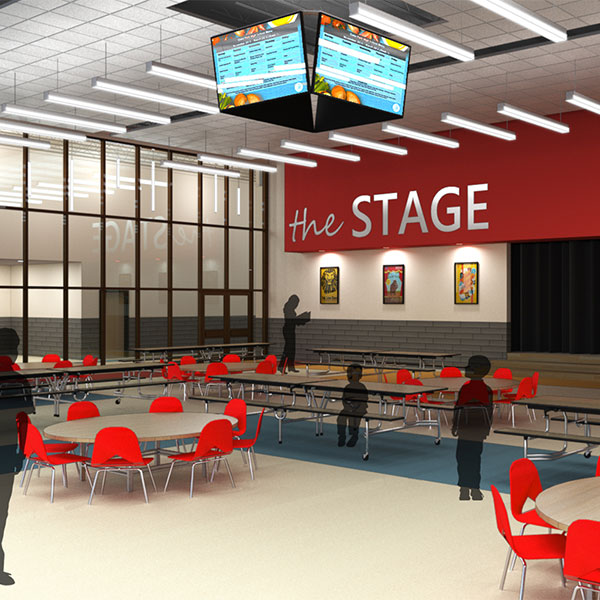 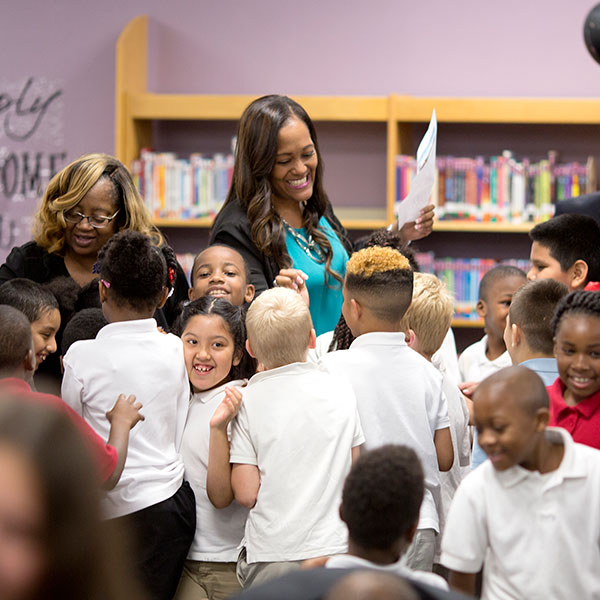 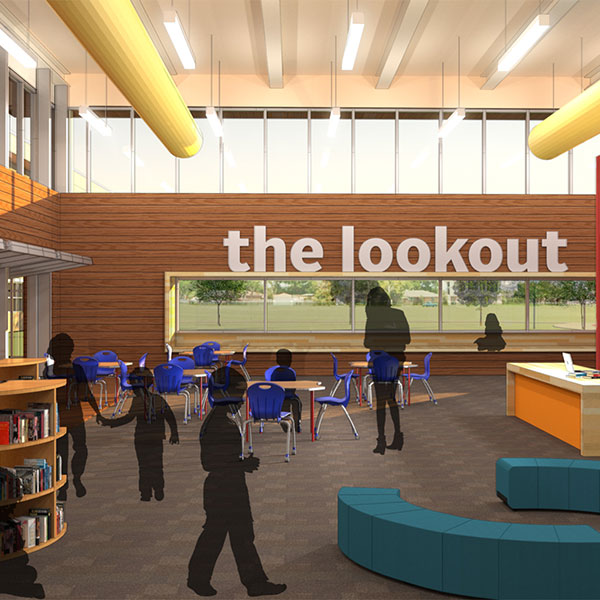 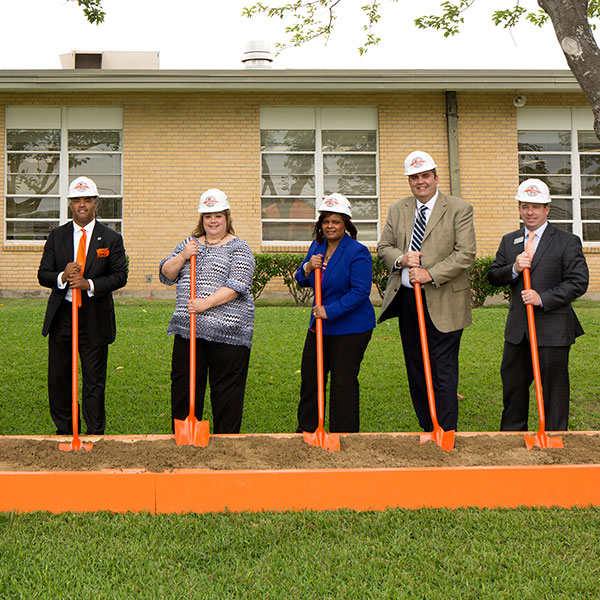 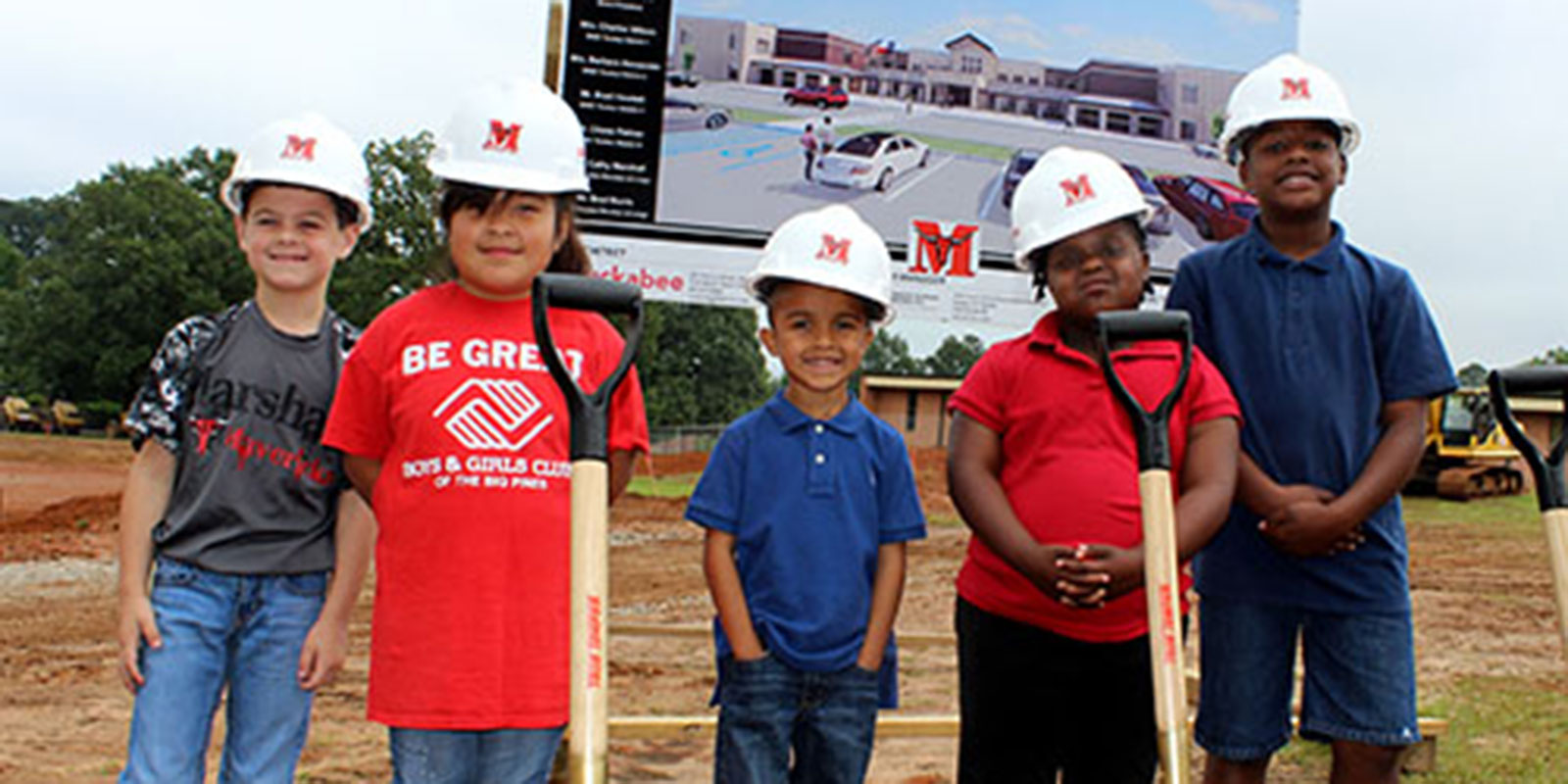 Huckabee and Marshall ISD are building a legacy for more than 5,500 students in Marshall, Texas. A groundbreaking ceremony last week marked a major milestone in a years-long effort to bring new facilities and much-needed improvements to the district. The community came together to kick off construction of four new campuses and to celebrate their shared investment in the future of Marshall’s kids. 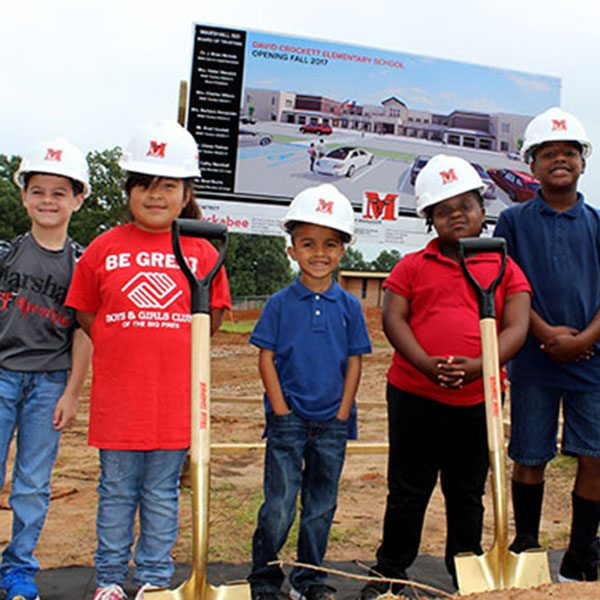 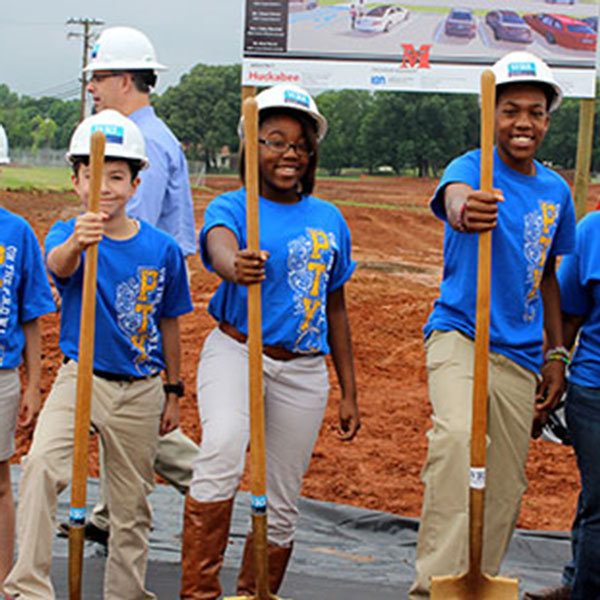 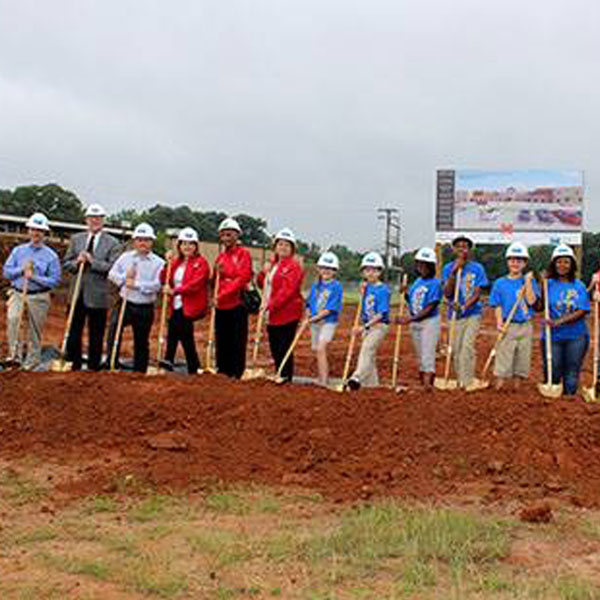 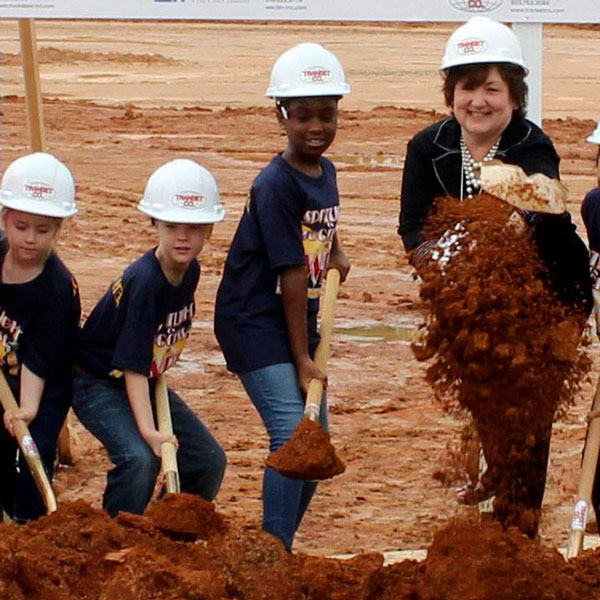 After a failed bond program in 2014, Marshall ISD asked Huckabee to join the team in hopes of creating a successful bond program for the following year. Community input was key, and Huckabee facilitated discussions with community members to develop a plan to address aging conditions and expand the learning environment to meet the needs of 21st century education. The result was a plan that would re-align grade levels, bring four new schools on-board and consolidate or re-purpose multiple campuses. The $109 million bond referendum passed with 57 percent approval in May 2015.

In his speech to the community during the groundbreaking ceremony, Marshall ISD trustee Chase Palmer said, “We have finally figured out that in order to be successful, we must invest in our kids and our town.”

Three new elementary schools (82,000 sf per) will be constructed on existing sites, with demolition taking place following construction. A new junior high school replaces a building that was constructed in 1924; it was originally used as the high school before being re-purposed in the 1980s as the junior high school. The new 182,000 sf facility will serve 1,300 students in grades 6-8. 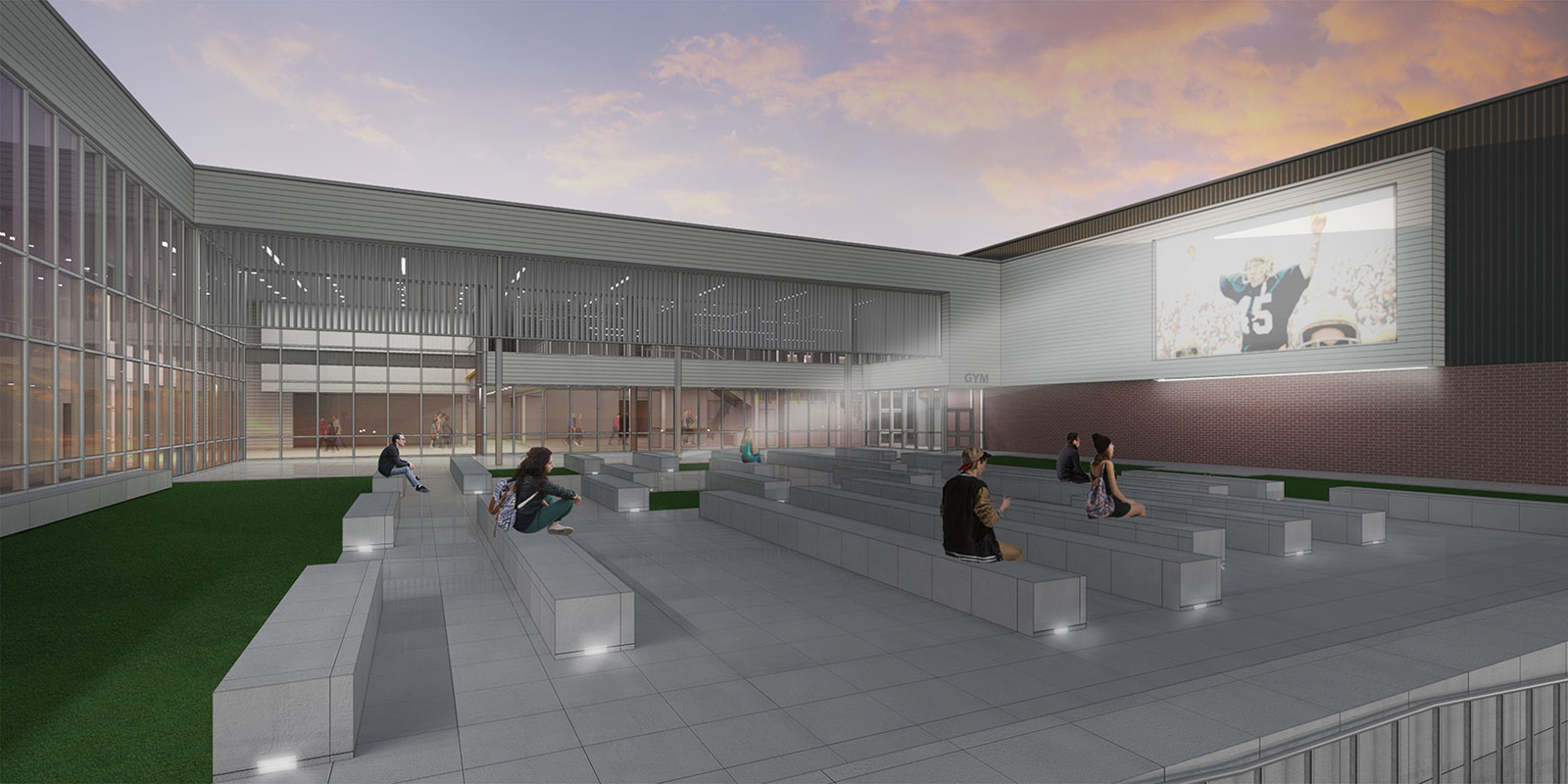 ENR: Design Firm of the Year

Engineering News Record Texas & Louisiana named Huckabee its 2016 Design Firm of the Year. Huckabee jumped nearly 150 spots in this year’s ENR Top 500 Design Firms to land at No. 213 on the list. Huckabee will celebrate its 50th anniversary in 2017 and has experienced exponential growth since the firm opened in 1967. Notably, in the past five years, Huckabee has opened multiple offices in thriving live / work / play communities, recruited the best of the best in educational planning and design and expanded service offerings to provide clients with a more holistic approach to designing the learning environment.

Huckabee will be featured in the June 13 edition of ENR Texas & Louisiana. Click here to read more. 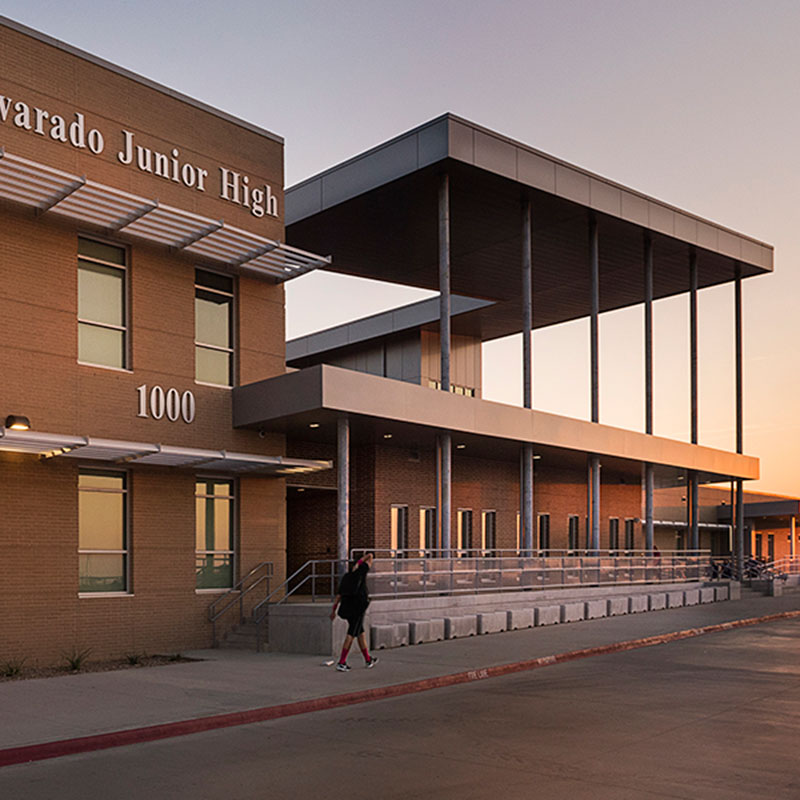 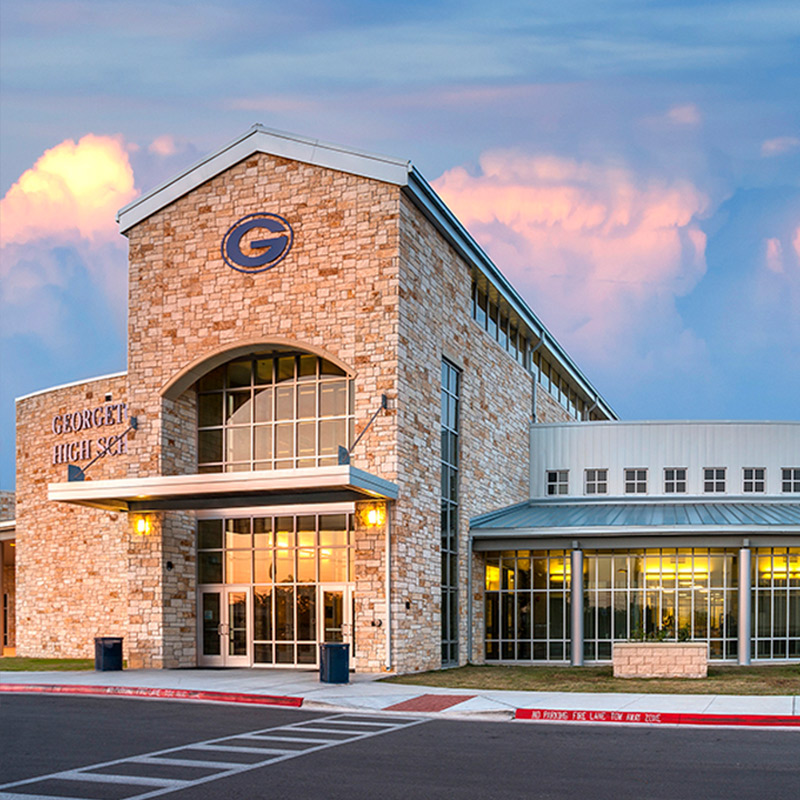 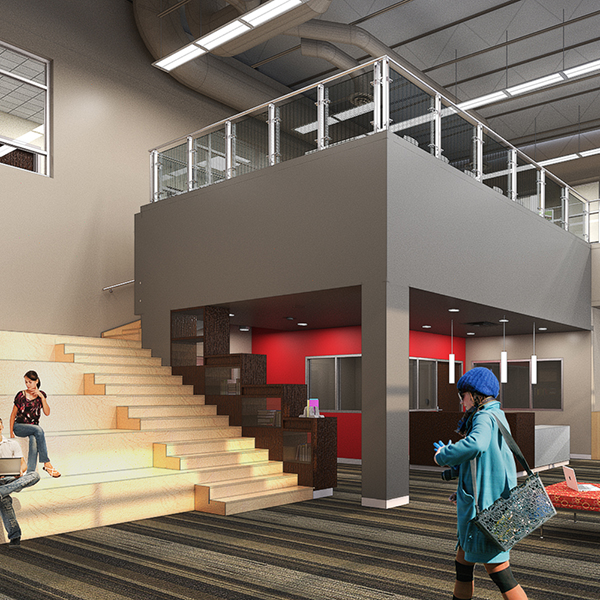 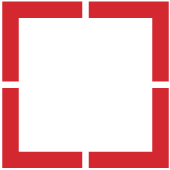